The Best Ever Casino Slot Games

Casino game producers have always been early adopters of new ideas/technologies. Constantly looking to push the boundaries of player entertainment, online slots continue to be a highly profitable industry.

Unspringing this has led to an increased number of software providers in the market. Whilst this increases the number of games available to try, it also makes it harder to discover the best slots. Below we have tried to make this task easier, by listing some of the top slots ever made.

First up on our list of best slots is Starburst. Whilst relatively uncomplicated, it is this simplicity which makes it an enduring favourite.

The main focus of the Starburst slot is on the Starburst Wild. When one or more wilds appears, the Starburst Wild feature is triggered. These wilds expand to cover an entire reel, whilst the other reels re-spin. These re-spins give players the chance to boost their bankroll and enjoy hours of fun.

Along with intergalactic arcade style gameplay, this basic - but highly effective - feature has proven to be a big hit since launch.

Based on the legendary band, this slot is based on the Guns N' Roses live concert experience - providing all the high octane entertainment you would expect.

The game's highest value symbols are those featuring GNR band members. Along with these high value symbols, the game also provides free spins and wilds features.

Unsurprisingly, this slot really stands-out for its graphics and soundtracks. Set against the backdrop of a concert stage, players can choose from five of the band's most popular tracks: "Welcome to the jungle", "Sweet Child o' mine", "Paradise city", "November rain" and "Chinese democracy." Altogether this provides players one of the most immersive experiences in the business, undoubtedly making this one of the best slots around.

The first game on this list of best slots produced by Microgaming, The Dark Knight is another popular branded slot.

Technically there are no pay-lines, instead there are 243 ways to win - by matching adjacent symbols. Asides from this quirk, the aspect that puts this among the best slots is the progressive jackpot feature.

When triggered, the jackpot feature takes players into a wheel of fortune style game mode. Two arrows, corresponding to the Batman and the Joker, are placed on either side of the wheel. The aim of the player is to predict where the wheel will stop, in order to land the current jackpot amount. Cinematic clips and sound effects further add to the drama. 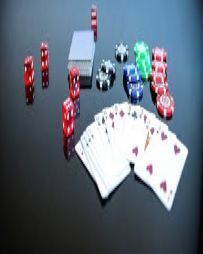 The final game on our best slots list, Rainbow Riches was first made popular in land-based casinos. The unique element of this game is the almost boardgame like bonus feature.

In addition to an array of multipliers, this bonus game has kept all types of players entertained over the years. The bonus game is triggered by 3 or more leprechaun symbols, taking you to spin a wheel which will determine the number of steps you take toward the riches. The trick is to keep landing on a number, as landing on collect will end the feature.

Although some elements of the game may seem a bit dated, this bonus feature is an enduring hit that has arguably yet to have been matched. On this alone, it deserves to be considered one of the best slots ever.